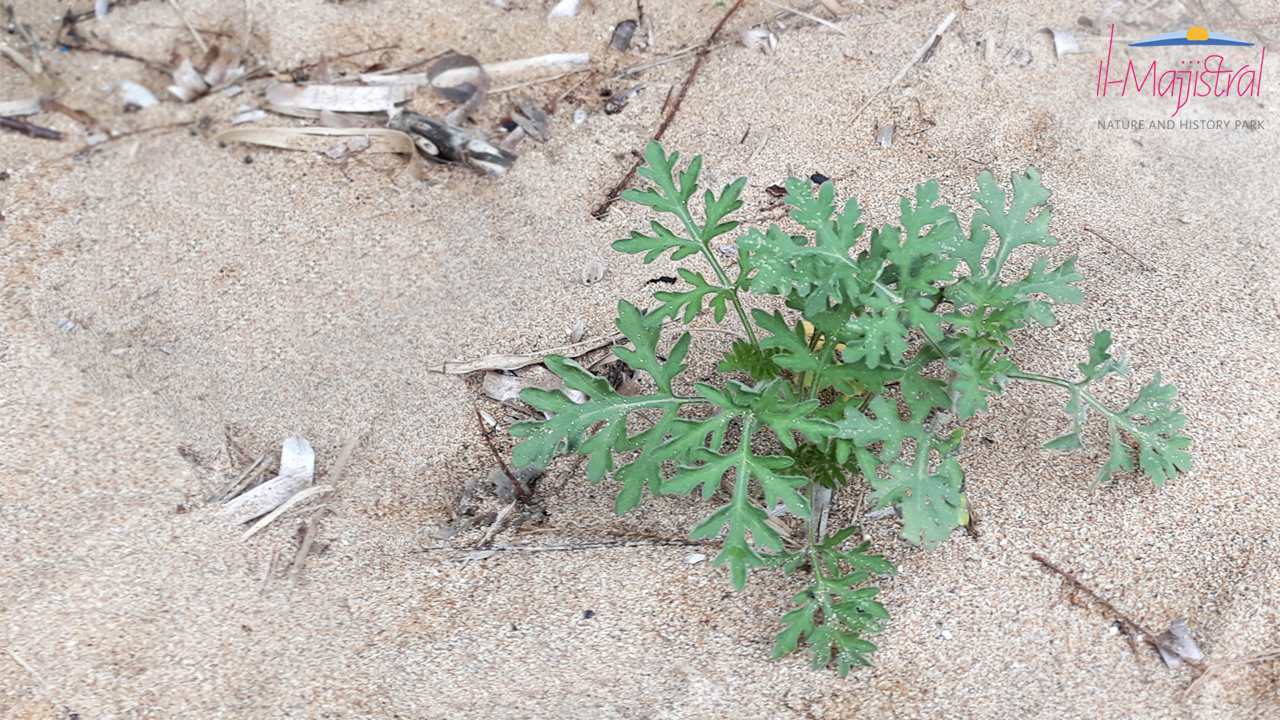 In 2019 a project was carried out to re-introduce an endangered species back into the sand dune remnant of Ramla tal-Mixquqa.
The Sea Ragweed (Ambrosia maritima) used to occur frequently in most sand dunes and sometimes also inland and it was recorded in the past as frequent in sandy places close to the sea shore and sometimes inland.

In the 1960s it was however recorded as rather rare in coastal areas in the North West of Malta. A permit was sought from ERA, and with the permit in hand (NP0016/19) works started on growing Sea Ragweed from seeds.

The seeds were placed in seed trays, and a few days after sprouting they were transferred to small pots. A total of 56 seedlings were grown and eventually these were planted at Ramla tal-Mixquqa.
The seedlings were sowed and grown at the Park’s plant nursery.