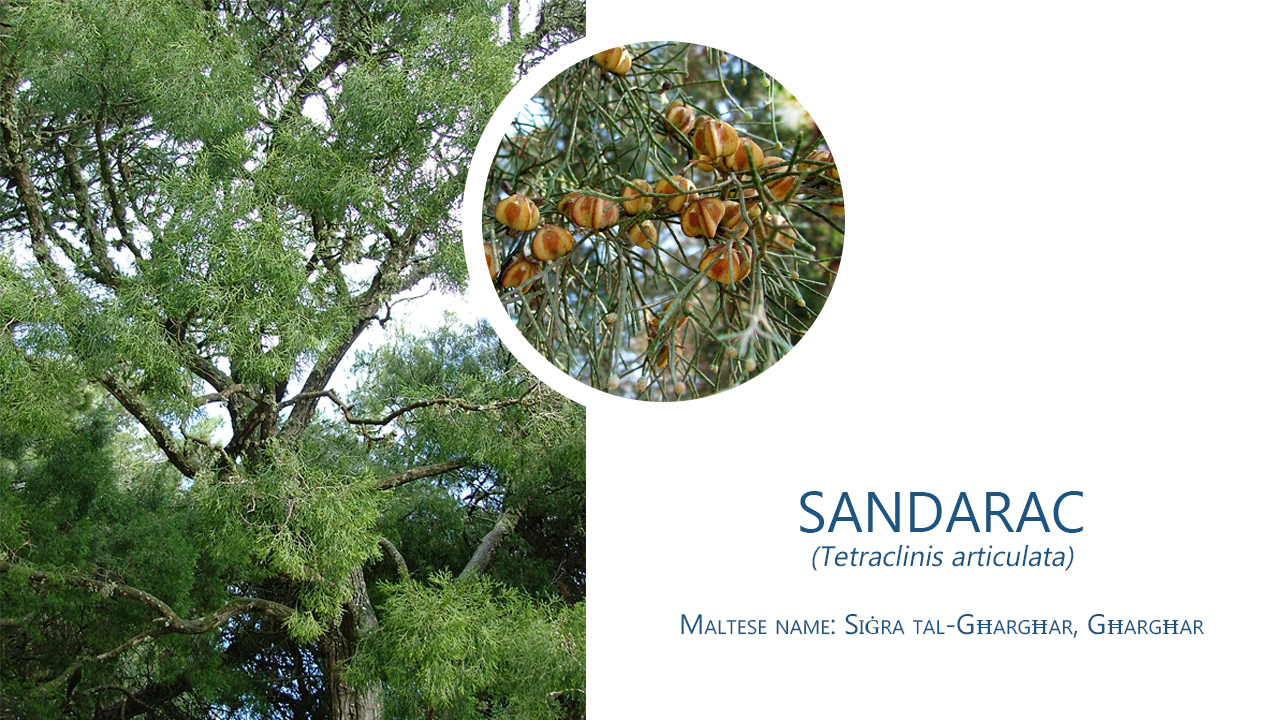 This area used to be a dumping ground especially for construction waste. When the Park was set up works started on the restoration the site into an afforested area. The project started in 2008 and the first works involved the removal of bulky waste, followed by public and CSR activities to remove smaller waste materials such as broken glass, plastic and metal fragments. This was followed by the laying of a layer of soil-like substrate, installation of a water tank, laying of an irrigation system and planting of indigenous trees and shrubs. Planting has been done both by park staff and members of the public, while private companies also joined in as CSR activities. To date around 2,000 trees and shrubs have been planted. The species are varied and include Olive (Olea europaea), of which there are over 300, Holm Oak (Quercus ilex), Sandarac (Tetraclinis articulata), Carob (Ceratonia siliqua), Lentisk (Pistacia lentiscus) and Hoary Rock-rose (Cistus creticus). This small woodland is a home to a varied biodiversity including nesting Sardinian Warblers (Sylvia melanocephala).

Planting of indigenous trees and shrubs commenced in 2018 during an event organised by the Park, Festa Natura. This project was made possible through a collaboration with Ambjent Malta both in works carried out and in the supply of trees and shrubs, though a number of plants were also supplied through the Park’s own nursery. Around 1,800 trees have been planted so far. These were planted by both the Park’s staff and the public (including in the Festa Natura and in other activities). Ambjent Malta personnel were also involved in planting and in laying of an irrigation system for watering. Plants planted here include similar species as planted in Xagħra l-Ħamra, but also other species such as the Silvery Ragwort (Jacobaea maritima subsp. sicula).