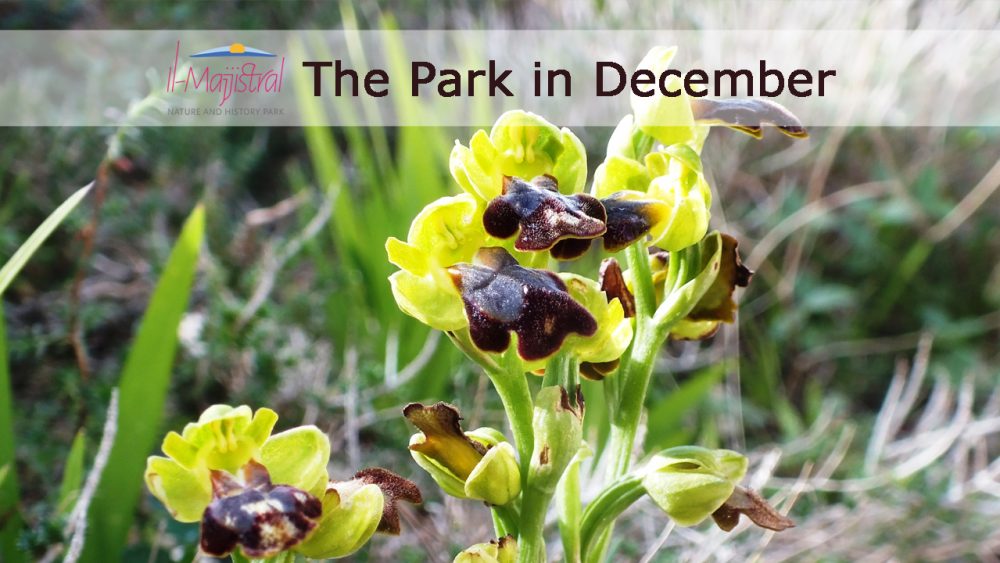 The Park in December

December is associated with the festive season of Christmas, and the Robin (Pitirross) is often depicted on Christmas cards. This red-breasted bird is a familiar sight in December in the Park and all over the Maltese islands. One cannot miss this bird as its calls and songs are frequently heard. The avifauna of the park in December consists mainly of the wintering birds that we also see in November. However by December some resident breeding birds can be seen in their breeding mode; they not only sing but also do breeding display flights. The Kestrel (Spanjulett) have been recorded on a number of occasions at the Park in December, flying over, hovering (searching for prey), or settled on a post.

On sunny and calm days especially, butterflies and other insects also make their appearance. These would be more or less the same species as those seen in November.

December is by no means a cold month for reptiles, at least not all days; Chameleons (Kamalejonti), Moorish Geckos (Wiżgħa tal-Kampanja), and Western Whip Snakes (Serp Iswed) have all been recorded on sunny days. 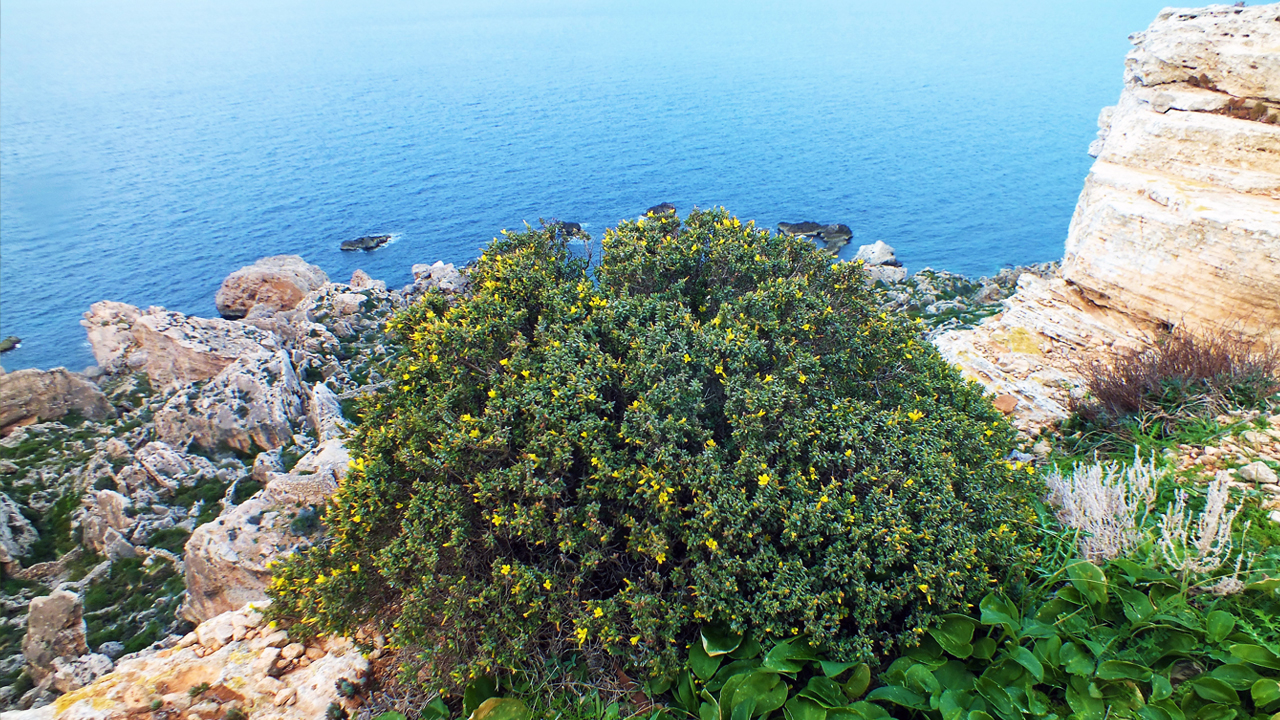 In December several wild plants can be observed in bloom. Down below the cliffs Smilax (Sarsaparilla) and Black Bryony (Brijonja Sewda) display small greenish-white flowers and reddish round berries. In areas where there is some disturbance the small, rounded flower heads of the Sweet Alison (Buttuniera) scent the air, and Mediterranean Thistle (Xewk Abjad) flowers attract bees and other insects. Species of Fumitory (Daħnet l-Art) have flowers that might look like pink and white worms, especially when these are close to the ground. The word Fumaria (scientific genus of these plants) comes from the Latin words Fumus terrae meaning smoke of the earth, translating in Maltese “Daħnet l-Art”. 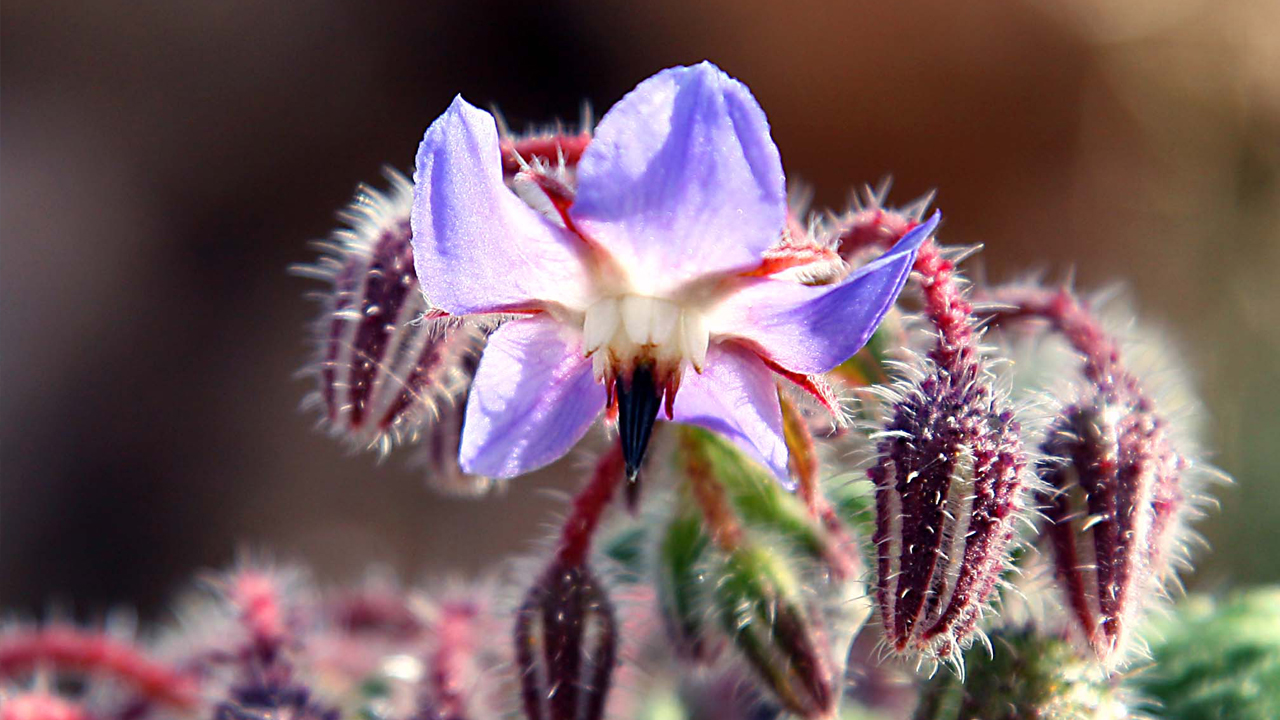 December is also the time when the blue flowers of the Borage start to appear, as are the delicate pink ones of the Dove’s-foot Cranesbill (Ġeranju Komuni). After flowering the formed fruits look like a small beak of a bird and open apart from the base when mature to release the seeds.

Tiny and handsome white flower-heads with a yellow centre of the Annual Daisy (Bebuna) also appear, often in bunches as several plants grow together in shallow depressions that fill with water, in areas with short vegetation, and in moist areas. 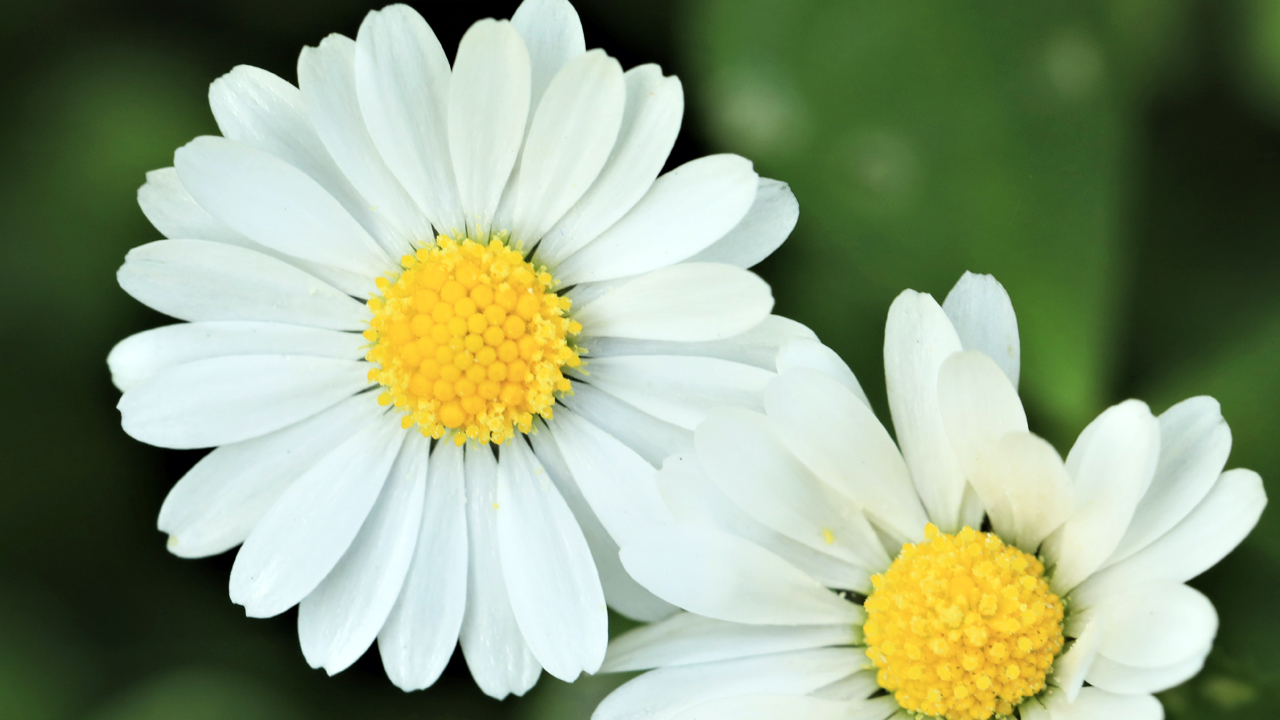 The shrubs of Mediterranean Heath (Erika) are at the height of their flowering season, and are lovely plants to watch and photograph. Early flowers of the endemic Maltese Spurge (Tengħud ta’ Malta) can also be found, especially on plants that are in sunny, sheltered situations. So are the shrubs of the Tree Germander (Żebbuġija), displaying early flowers, these occur in pairs, and are whitish to pale bluish-violet. At the edge of the cliffs small yellow flowers of the Egyptian St. John’s-wort (Fexfiex tal-Irdum) can be observed. This shrub has a greyish-green colour, and usually grow low. The leaves are small and somewhat fleshy.

December might be too early for the orchid species recorded in the Park; however the flowering season of the Brown Orchid (Dubbiena) starts from December, so while walking in the Park keep a lookout for wild orchids. 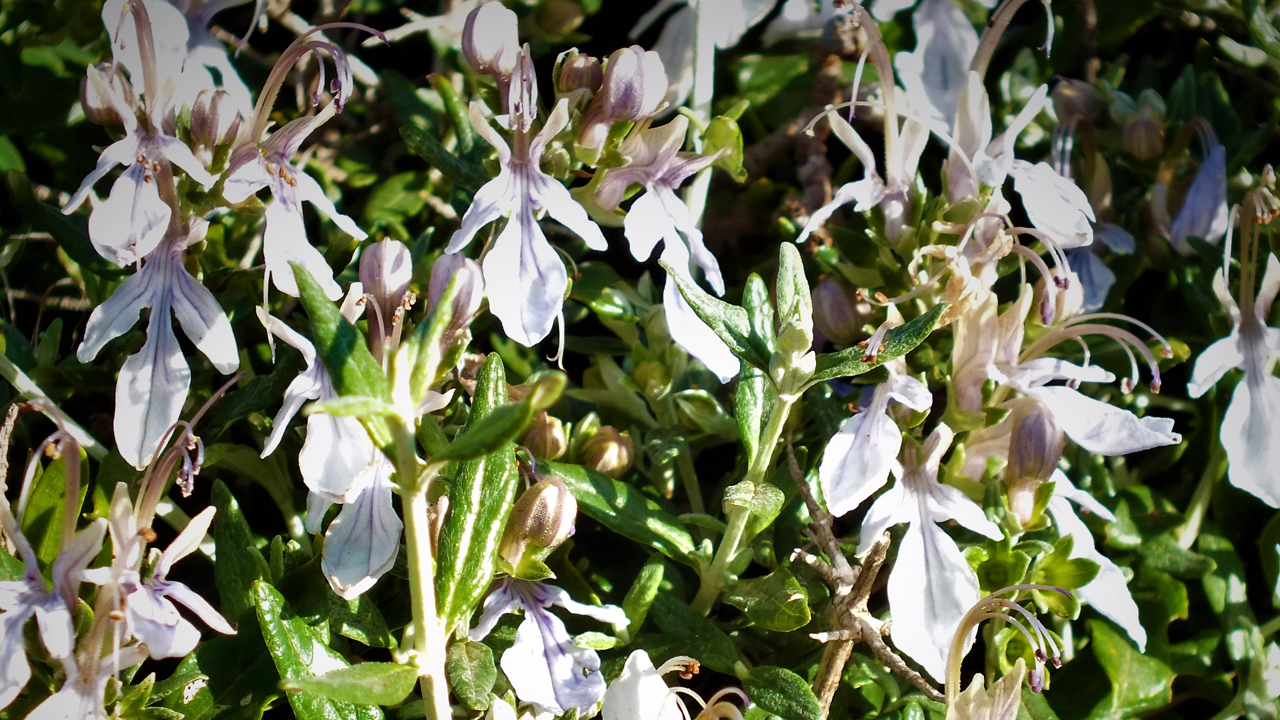 Please note!
When you visit the Park please walk along the main paths. Do not leave litter behind. If you come with your pet dog please keep it on a leash. Thank you for your cooperation.