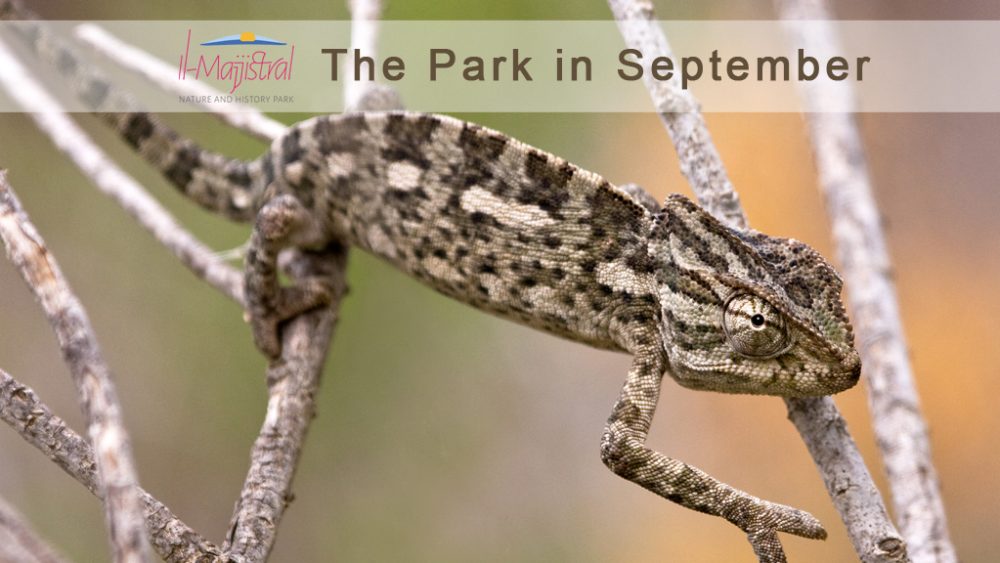 The Park in September

Insects – The constant singing of the Cicada (Maltese: Werżieq ta’ Binhar) will continue in September, so you cannot miss it during the day, especially when passing in areas where there are some trees.

In September butterflies can also be seen, including the Swallowtail. This butterfly lays its eggs on Fennel (Bużbież) that is common in the Park. Red-veined Darters are also seen in September, flying over the dry ground, settling on perches, or having sort of fights between themselves. This is the most likely dragonfly to encounter on dry ground in the Park.

Reptiles – Reptiles are still active in the hot weather of September. The most likely encounter with a reptile would be a Chameleon (Maltese: Kamalejonti), or a Moorish Gecko (Maltese: Wiżgħa ta’ Bi Nhar), the latter especially on walls; however Western Whip Snakes (Maltese: Serp Iswed) have been seen quite often at the Park. 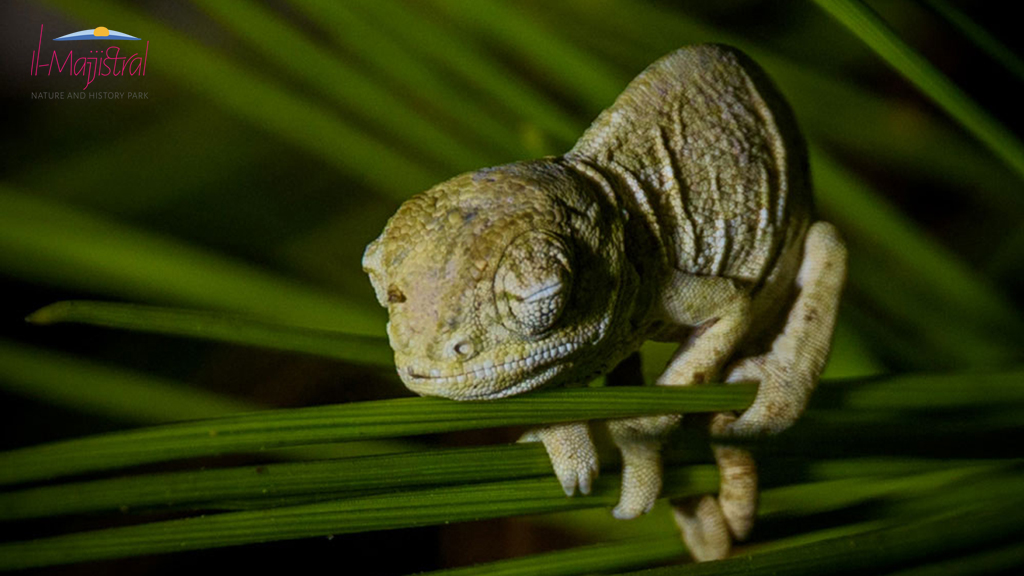 The Western Whip Snake is one of three snake species that have been recorded at the Park. It is non-venomous.

Birds – In September several bird species would be on migration over the Maltese islands.
Majjistral Park is a good spot to see birds. A typical migrant in the Park in September is the Northern Wheatear (Maltese: Kuda). It is often un-noticeable when on the ground, but when it flies its white rump shows well. 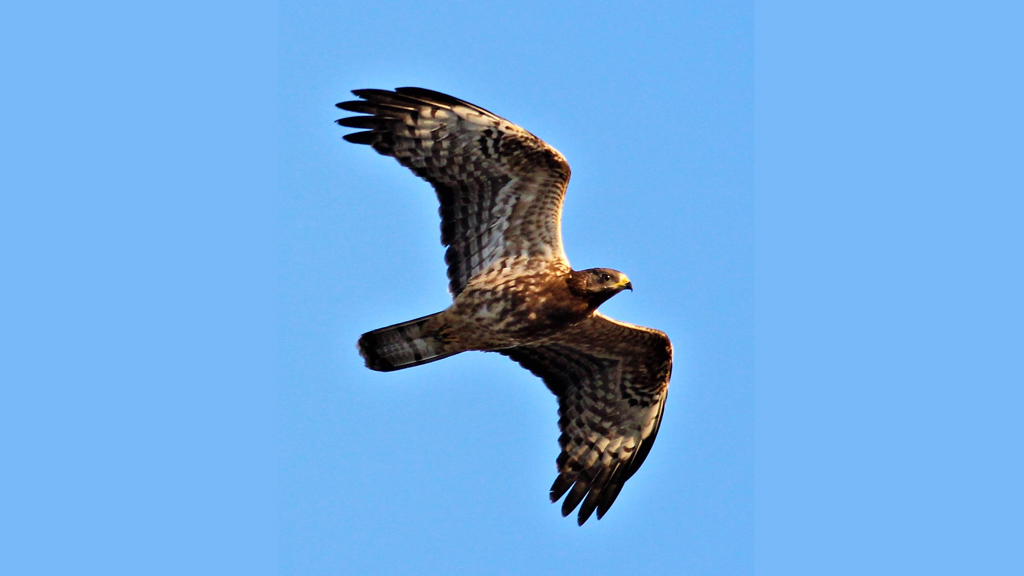 September is also a good time to see Birds of Prey (Maltese: Tajr tal-Priża). The Honey Buzzard (Maltese: Kuċċarda) and the Marsh Harrier (Maltese: Bagħdan Aħmar) are two large birds of prey that one can see in singles or flocks, often soaring in the sky. Smaller raptors (birds of prey) are Kestrels (Maltese: Spanjulett). 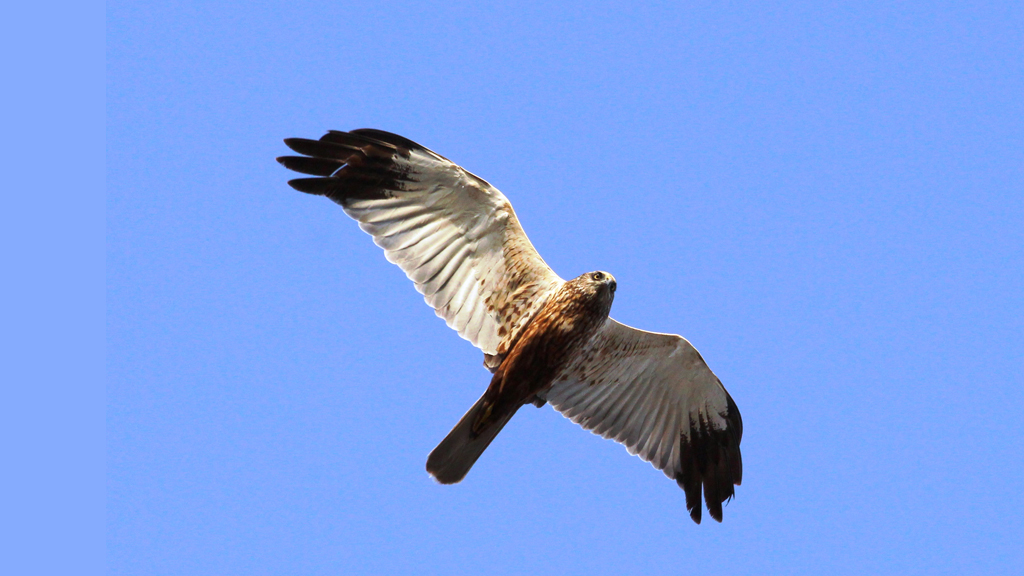 Plants – In September the ground still looks dry and barren. Lookout however for the flowers of the Sea Squill (Għansar), on an upright stem coming directly from the ground. Plants of the Maltese Fleabane (Tulliera ta’ Malta) would be green in September and with yellow flowers. By the coast, other green and flowering plants would be the Rock Samphire (Bużbież tal-Blat). The Golden Samphire (Xorbett) is also another coastal plant that contrasts with the dry ground as it is evergreen. In September some of its flowers would be on show.

Please note!
When you visit the Park walk along the trails and do not trample. Do not leave litter behind. If you come with your pet dog please keep it on a leash, especially at this time of the year when birds are nesting. Thank you.