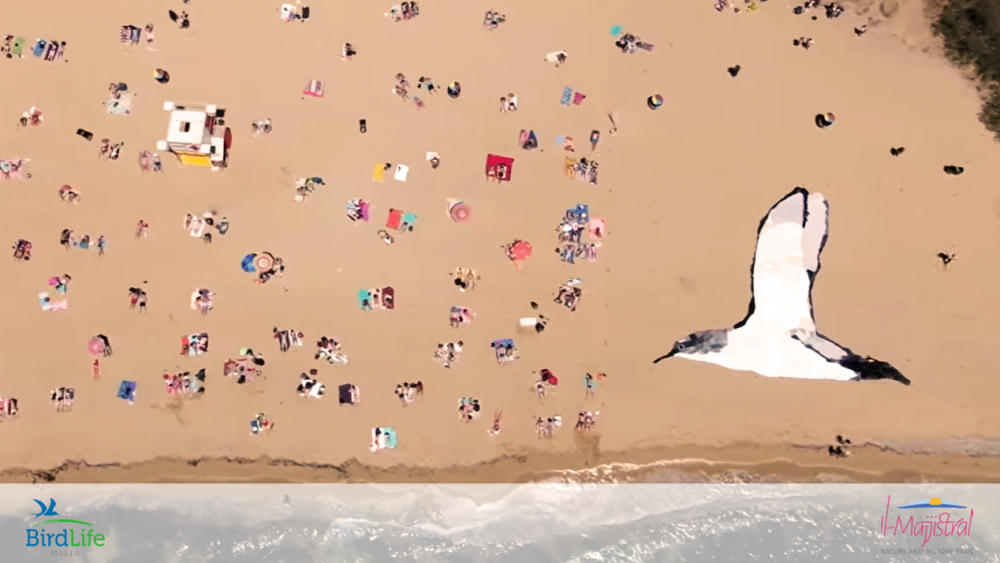 This month Majjistral Park teamed up with Birdlife Malta to commemorate the International Day for Biodiversity by joining withNature2020, a global collaborative artwork conceived by the artist Emma Thomas in response to the extinction crisis in nature and the decline of biodiversity.

In a live international event, countries across the world created giant images of locally endangered plant and animal species resulting in a ‘tapestry of species’ which was filmed and transmitted on the Youtube channel for withNature2020.

In Malta, BirdLife Malta and Majjistral Nature and History Park teamed up and created a giant image of the Yelkouan Shearwater (‘Garnija’). one of Malta’s breeding seabirds and a species which is vulnerable to extinction according to the IUCN.

The image was created by laying 500 pieces of coloured clothing donated by the public on the sand at Golden Bay. It was then filmed from above and footage was sent to withNature2020 to be live streamed. The clothes will be donated to the Inspire Foundation.

More about the event can be found on our Facebook page, on local news Times of Malta  and Net News.

More information about the Yelkouan Shearwater can be found in video below produced by Birdlife Malta.