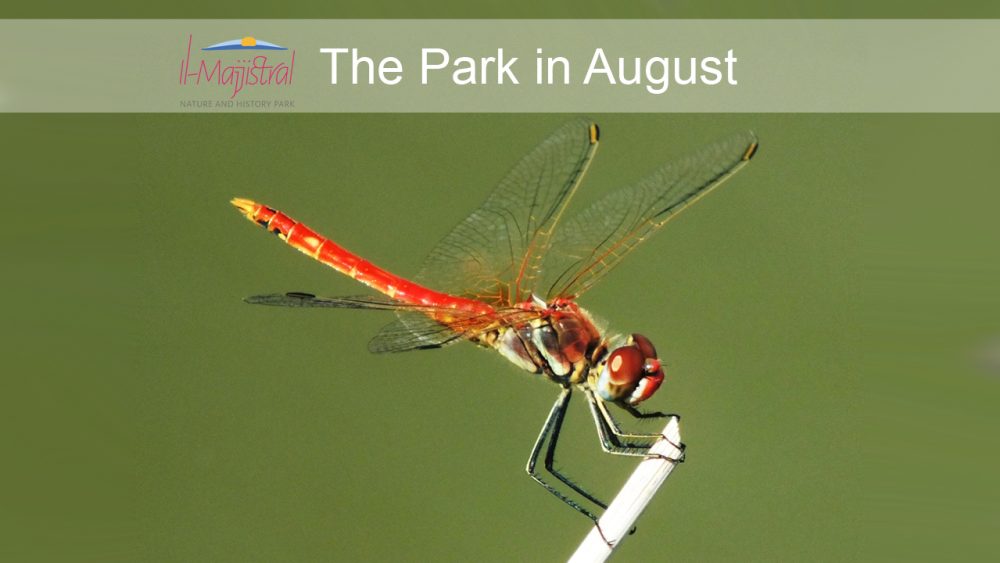 The Park in August

Sea Squill – The Sea Squill (Maltese: Għansar, Għansar Kbir, Basal tal-Għansar) is a sub-endemic plant with a central Mediterranean distribution. It is very common in the Park, and grows from a bulb that is often close to and emerging from the surface of the soil. Leaves basal and bright green, appearing from October onwards. They wither in the dry season. Flowers are white and star-shaped, found from around August to September-October, and long after the leaves have withered and before the new ones emerge. In some years they are more numerous than in other years. When this happens whole stretches of the Park landscape are full of flowers of the squill.

Ground Thistle – The Ground Thistle (Maltese: Xewk tal-Miskta) is a herbaceous stemless and spiny perennial, with purplish flower heads on the ground, surrounded by spiny bracts. These flowers are found when the leaves are withered and before the emergence of new leaves. It is a common plant at Majjistral, especially on rocky ground.

Maltese Spurge – The Maltese Spurge (Maltese: Tengħud ta’ Malta) would be leafless in August, waiting the autumn rains for its revival. This is a strategy evolved through time to help the plant survives the dry season. By being leafless no moisture is lost through the leaves. The Maltese Spurge often grow as rounded shrubs, and are full of tiny aromatic flowers in late winter and spring. It is common at Majjistral.

The Carob – In August Carob trees (Maltese: Ħarrub) would have ripe brown pods hanging from their branches. These are edible, and in the past they were used as animal feed and to make syrup, the famous Ġulepp tal-Ħarrub. Only female trees carry these pods, inside of which are hard brown seeds. One might not encounter many of these trees in the Park, but a large mature tree is found along the path at the early stages of the walk after leaving the visitor centre. 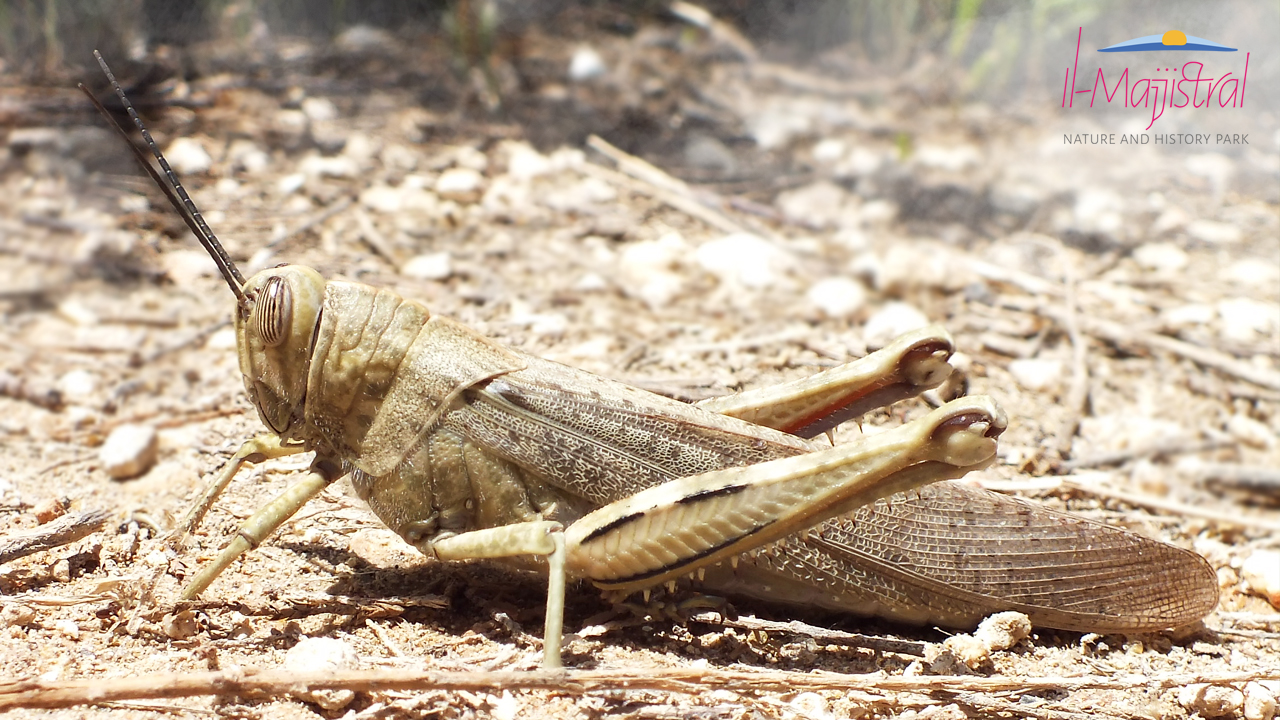 Insects – Dragonflies are associated with water, but they can also be found afar from it. The Red- veined Darter (Maltese: Ħamrani) is a dragonfly one can meet with in the dry rocky areas of the Park, settling on dry grass or other perch. It is a small and slender dragonfly, the male reddish and the females are yellowish. Other insects include grasshoppers like those of the genus Sphingonotus.

Their camouflage makes them inconspicuous until the time they jump or fly to settle and disappear again on the arid ground. The most conspicuous of all is perhaps the large Egyptian Grasshopper (Ġurat tar-Raba’). This harmless grasshopper hides in trees, shrubs or other vegetation, but the female comes to the ground to lay the eggs in soil. One insect you cannot miss is the Cicada (Werżieq ta’ Binhar), as it constantly sings during the day from a perch.

Due to the heat of summer, it is advisable to walk early mornings or late in the evening. To end a day in fashion, watch a sunset from the Park!

Please note!
When you visit the Park walk along the trails and do not trample. Do not leave litter behind. If you come with your pet dog please keep it on a leash, especially at this time of the year when birds are nesting. Thank you.